The Judges for the Working Families Best Practice Awards 2020 are: 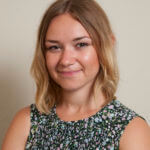 Jo is Editor of HR Magazine

Carolanne is an experienced Coach and qualified Mediator and has worked with many Leaders as they navigate the challenges of leadership in a 21st Century Global organisation. Passionate about driving real change on the Inclusion agenda she has a pragmatic style and is focused on fixing the ‘system’ rather than fixing the ‘women’ (or any other under-represented group!) She has a proven track record of creating impact and has been recognised by Women in Banking and Finance with Award for Outstanding Achievement. She has lead and authored two Global Studies looking at the root causes leading to senior Female Attrition.

She is a Chartered Fellow of the British Chartered Institute for Personnel and In 2017 she became a member of the Womens Leadership Board with the Women and Public Policy unit at the Harvard Kennedy School. In 2019 she joined the European Advisory Board for Catalyst, one of the worlds leading organisations focused on research and solutions that accelerate the advancement of women into leadership positions.

She is currently researching the impact of the Menopause on Women in Senior Leadership positions, and how women can prepare for and tackle it alongside highly demanding senior roles.

Outside of work, Carolanne and her husband Mark live in Hertfordshire and have 4 children aged between 15 and 23, she is a member and student of the Royal School of Needlework based at Hampton Court Palace.

Mary Starks, Executive Director for Consumers and Markets at Ofgem

Mary is Executive Director for Consumers and Markets at Ofgem, the energy regulator.

Prior to this she was Director of the Competition and Economics Division and Chief Economist at the Financial Conduct Authority (FCA). She shared the role, working 3 days a week.

She has worked part-time in senior roles for over 10 years. She has held previous roles at the Office of Fair Trading, the New Zealand Commerce Commission, NERA Economic Consulting, and the Bank of England. 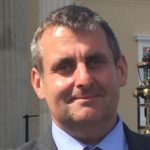 Harvey began his career in the British Army as an officer in the Royal Irish Regiment serving in Northern Ireland, Bosnia, Kosovo and Sierra Leone.  Since leaving at the end of 2000, he has spent the best part of the last 19 years working in the public and voluntary sectors. Specifically, this has been in the areas of homelessness, disability, care, grant giving and employability. Prior to taking up post as ILF Scotland’s Chief Operating Officer, the majority of roles he has held during this time have been leading large scale operations across the UK.

As Chief Operating Officer for ILF Scotland, Harvey not only deputises for the CEO, but is responsible for all operational delivery, IT, health and safety, information governance, facilities, human resources and organisational development.

Throughout that whole period he has seen the overwhelmingly positive impact of life friendly working to the individual, organisation and wider society, when this practice is adopted. He is immensely proud of being a Champion of Family Friendly Scotland and his active participation with Working Families.  In his spare time when he is not occupied with his young family, Harvey is a keen cyclist, Trustee of the Queen Mary Roehampton Trust and volunteer of Poppyscotland. 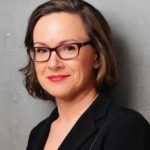 Jane van Zyl became CEO of Working Families in September 2018.  Jane has 11 years’ experience working in the third sector and has held senior leadership positions at a number of UK charities.  She believes in the value of a fulfilling, balanced working life and its transformative power to create social connections, build self-esteem, and impact the wider community. She is a passionate advocate of equal opportunity for all.

Prior to joining Working Families, Jane served as Operations Director at Breast Cancer Haven.  She has also served as Acting Chief Executive at SANDS and Head of Operations at Samaritans.

Jane holds a Bachelor of Social Science degree from the University of Cape Town in Industrial Sociology and Industrial Psychology.